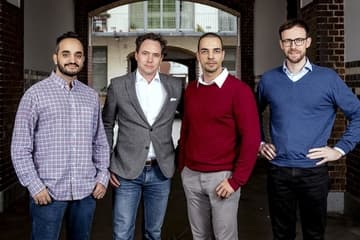 Berlin, 3rd September 2019: LexFox, Germany’s leading Justice-as-a-Service platform for enforcing consumer rights, today announced a seven-digit Series A round of financing led by Earlybird and Target Global. The funding marks the first significant investment by a leading VC in a B2C legal tech startup in Europe. LexFox.com will use the funding to establish and promote an aspiring umbrella brand for its various services around rental, internet and employment contracts. The company also plans to launch more verticals (deploying its proprietary technology) and to expand its service to other European markets.

Fabian Heilemann, Partner at Earlybird and himself a lawyer, says: “We are convinced that legaltech will follow fintech, digital health and insurtech as one of the next big trends in the evolution of the consumer-internet. As we have looked at a whole range of emerging legaltech startups we became convinced of LexFox’ grand vision, their committed leadership team, their proprietary technology and the strong traction already developed in the market. This is our first investment in the B2C legaltech space and we are proud to support LexFox as their Series A lead investor and on their promising journey.”

Berlin-based LexFox.com was founded in late 2016 by Daniel Halmer, a lawyer and former head of legal and business development at Raisin. The company currently runs three independent portals in Germany: The flagship wenigermiete.de enforces tenants rights. Its services include reducing the rent with rent control law, claiming financial compensation for apartment defects as well as fending off rent increases, contract terminations and cosmetic repair duties. Mehrabfindung.de claims financial compensation for unlawful termination of employment contracts. Weniger-internetkosten.de offers early cancellation and/or financial compensation if the internet provider does not deliver the contractually promised internet speed. Over 70.000 users have already evaluated their consumer rights issues via one of the three LexFox portals.

Since its launch, LexFox has focused on developing a proprietary software to automate claim enforcement and to build new verticals. The company has also gained significant traction with its leadership product wenigermiete.de which runs an aggregated annual claim volume of several million Euros. “Our proprietary technology has drastically reduced the time our case handlers and contract lawyers spend on every single case” explains Daniel Halmer CEO at LexFox: “with the new funding we will prove our software and marketing formula by expanding to new categories and regions.”

Halmer, who wanted to switch from working in M&A for corporations in Munich and New York to developing solutions that help raise the consumer's voice, explains his vision as follows : “Across Europe, there is an ever-increasing amount of consumer rights regulation. However, often those rights don’t arrive in the lives of the people - mostly because the claims are too small to run them through the practice of a traditional legal counsel. We believe technology can help us out of this trap: By drastically reducing the cost of evaluating and processing claims, it becomes economically lucrative to enforce even the smallest legal cases. This not only creates a completely new market but it also helps consumer rights into practice.”

Internet contracts exemplify the consumer rights challenge: The EU has warned that DSL providers systematically underdeliver on their contractual obligations. Subsequently the EU has issued the 2015/2120 directive which, in theory, entitles consumers for compensation if providers don’t deliver on the promised internet speed. Since the release of the directive four years ago, there has not been a single known case of financial compensation. At the same time, the German federal agency for network infrastructure continues to note that German DSL providers underdeliver significantly in roughly 1 in 4 contracts.

"In the last decade we saw fintech startups create new standards of service where traditional banks failed," says Shmuel Chafets, General Partner at Target Global. "LexFox’s vision is to do just this for traditional legal services: to bring these services to the tip of the consumers finger and provide the tools to handle them. With Machine Learning and automation to reduce cost and complexity of consumer claims, LexFox enables anyone to exercise their rights where they previously needed to retain expensive lawyers. Target Global is proud to support this team and this exciting mission."

LexFox is Germany’s leading platform for the enforcement of consumer rights. The Berlin based Legal Tech company was founded in 2016 by lawyer Daniel Halmer launching wenigermiete.de, which today is Germany's leading platform for tenants’ rights. On the website tenants can reduce their rent with rent control law (Mietpreisbremse) and defend rent increases and contract terminations. In 2018 LexFox started mehrabfindung.de, a service for financial compensation for unlawful termination of employment. Later in the year the company launched weniger-internetkosten.de – a service for financial compensation or the termination of DSL-contracts, if the internet provider has failed to provide the promised internet speed. In contrast to traditional law firms, the customers don’t carry any cost risk and don’t have to show up for on-site appointments. Instead, they submit the details of their case within a few clicks. A service fee is only charged when LexFox successfully enforces the claim.

Earlybird is a venture capital investor focused on European technology companies. Founded in 1997, Earlybird invests in all growth and development phases of a company. Amongst the most experienced venture investors in Europe, Earlybird offers its portfolio companies not only financial resources, but also strategic and operational support as well as access to an international network and capital markets. Earlybird manages different funds with focuses on digital technologies in Eastern and Western Europe as well as health technologies. With over EUR 1 billion under management, seven IPOs and 24 trade sales, Earlybird is one of the most successful venture capital firms in Europe.

Target Global is an international investment firm headquartered in Berlin, with €700m in assets under management. We connect the key European startup ecosystems and leverage the unique DNA of each of our target geographies, across our global network. Building on our experienced team with substantial operational and investment experience, we help exceptional entrepreneurs to build market leaders. Target Global invests across multiple stages, investing in fast-growing tech companies, targeting trillion € markets. Our Partners have been investing for more than 15 years in the digital technology space, backing some of the key European success stories. The Target Global portfolio includes companies such as Auto1, Delivery Hero, Omio (formerly GoEuro), TravelPerk and WeFox. More about Target Global: https://www.targetglobal.vc/ 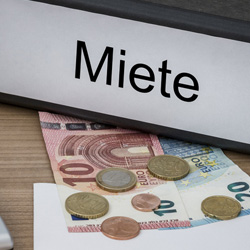 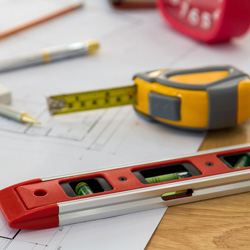 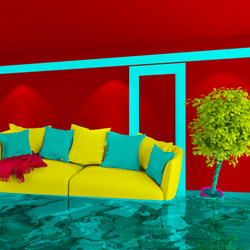